“it would be best if everyone had a good shelter.” -4 year old friend 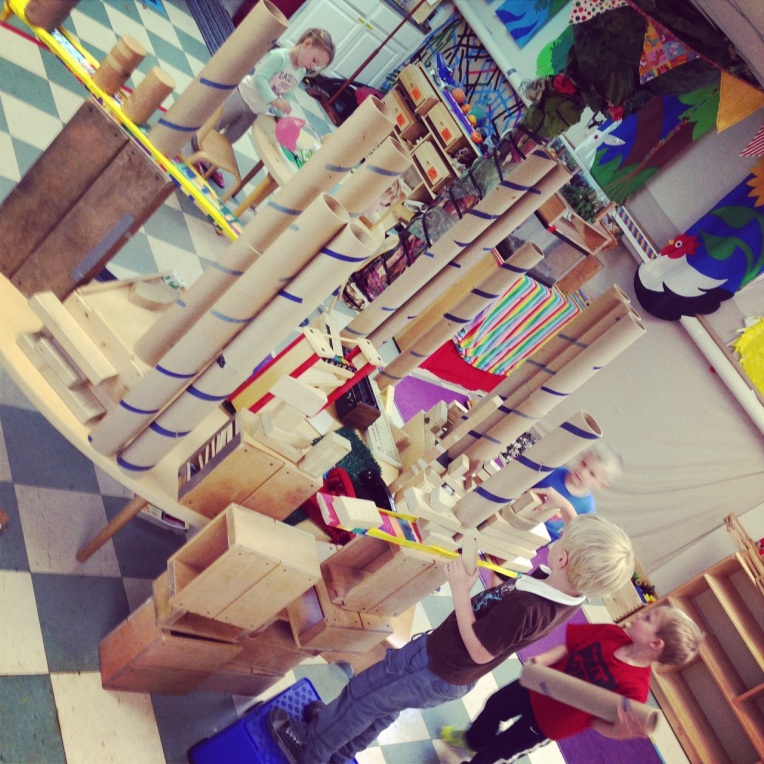 one morning as i was prepping for the day, i pondered the fact that this year there hadn’t been much block play. while it is possible that it’s just not something this group of children is “in to” right now, i decided that i’d do some rearranging over the weekend in case it was an environment issue.

well, as though my thoughts went right into the minds of some little friends, these kids found the blocks that  day! no rearranging or prompting needed.

and when i say they “found the blocks,” they FOUND them. every single item from the block corner, including the boxes things are stored in was used. quite impressive. 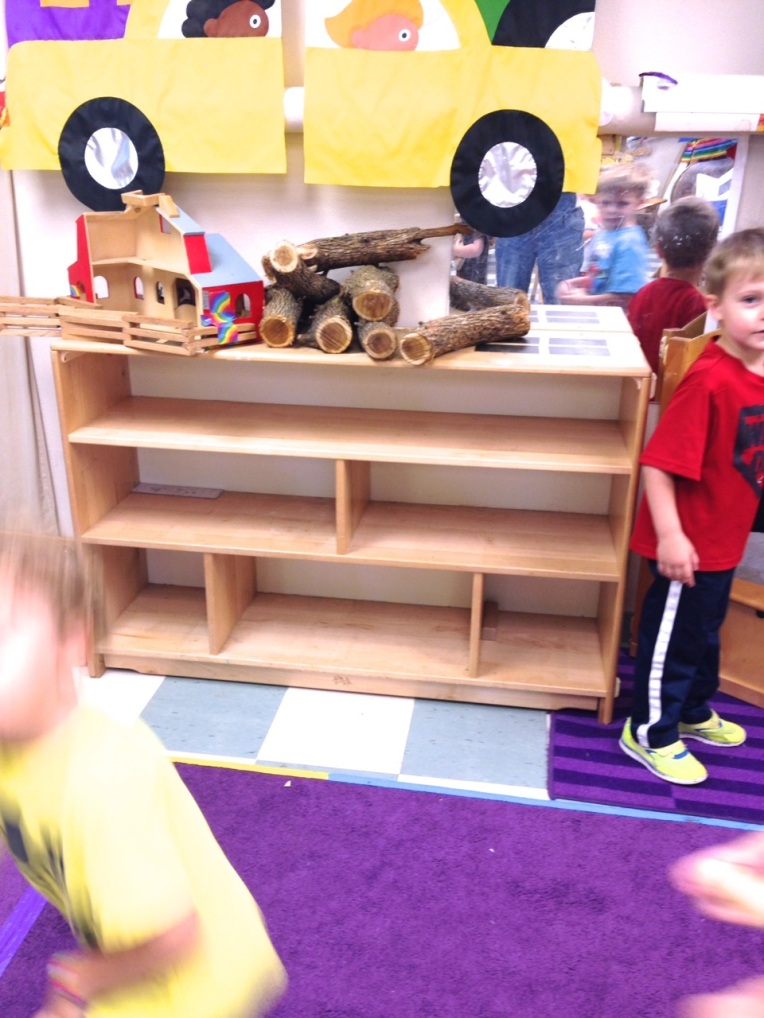 and the teamwork was thrilling to watch. see it in action here…i love the conversations:

some friends started “moving in” to the shelter while it was still being constructed (there were phone calls and cooking that needed to happen). friends scurried to both bathrooms to get the stools so they could get taller.

and as usual, there was a bit of danger but no injuries.

we left it for the morning class to see the next day…and since this day a few weeks ago, the blocks have been used much more often.

One thought on “t is for thankful: block play”